“We congratulate those businesses and individuals who were recognised for their outstanding contribution and commitment to the Tasmanian transport industry” said Mr de Bruyn.

Philip Molineux received the NTI Industry Achievement Award. “This is recognition of the impact Philip has had, over his 35-year transport industry career to date, with Linfox, TNT and Caltas & the Bonney Group” said Shane Fairhall of NTI. Philip is a past chairman and long term director of the Tasmanian Transport Association, and a former chairman and Victorian representative to the Australasian Convenience and Petroleum Marketers Association (ACAPMA) and a member of the Committee of Management for ARTIO Tasmanian Branch.

Two finalists were recognised for their excellence in the NTI 2019 Professional Driver of the Year Award; Daryl Smith of SRT Logistics and Sarah Brosnan of Fonterra Farm Milk Cartage.

Finalist Daryl Smith has around 30 years driving experience, is a mentor to new drivers and was awarded the 2017 B-Double backing award at the Tasmanian Truck Show. He has also been awarded a Star of Courage for bravery.

Award Recipient Sarah Brosnan has around 20 years experience in the industry, operating a range of equipment from concrete agitators, general freight, tipper work and now drives a PBS B-Double Milk Collection Tanker. Sarah has actively pursued a professional career in transport, spending time with Heather Jones as part of the Pilbara Heavy Haulage girls and was a key contributor to the Women behind the Wheel and Women in Transport Tasmania programs. Sarah has a clean driving record and no incidents in her driving career.

Monson Logistics was recognised for a range of initiatives designed to increase diversity and develop a younger workforce within their business. Established in 1992, when Bruce and Toni Monson opened a Ships Agency office in Burnie the company slowly grew its fleet operations to seven prime movers in June 2007 through to the current fleet of 39 prime movers, two tandem rigid trucks, and over 100 trailer combinations. The competent and committed workforce of over 75 employees has been central to the growth of the business. Monson Logistics average driver age is in the mid 30’s and many local area managers are also in the mid 30’s. The award was accepted for Monson Logistics by Darren Young and presented by Steven Dietrich and Erin Mollinson of TasRail.

The Gallagher 2019 Transport Industry Young Achiever Award was taken out by Isaac Jacobson, who works in the stores area of SRT Logistics at Western Junction. Isaac has completed a Schools based Apprenticeship whilst working at SRT and also completing his Year 12 studies. “Isaac demonstrates the qualities we are seeking for the future of our industry, in terms of enthusiasm, work ethic and a commitment to a future career in transport and logistics” said Dan Quintin of Gallagher when presenting the award.

The TTA’s 2019 Future Leader Troy Streefland gave a presentation on the impact that the Daimler Truck & Bus / ATA Future Leaders program had on him and introduced the TTA’s 2020 Future Leader; Justin King of Monson Logistics.

“We acknowledge and thank our valued industry partners who contribute to this event, particularly our platinum sponsors: NTI and the TWU Superannuation Fund; our gold sponsors: FRM Hino, Barker Trailers, BPW Transpec, Webster Trucks ISUZU and Caltas / Bonney Group. Our silver sponsors Gallagher, Port of Melbourne and TasPorts. Without their support such an important event, celebrating the success and professionalism of the Tasmanian Transport Industry, would not be possible” said Mr de Bruyn. 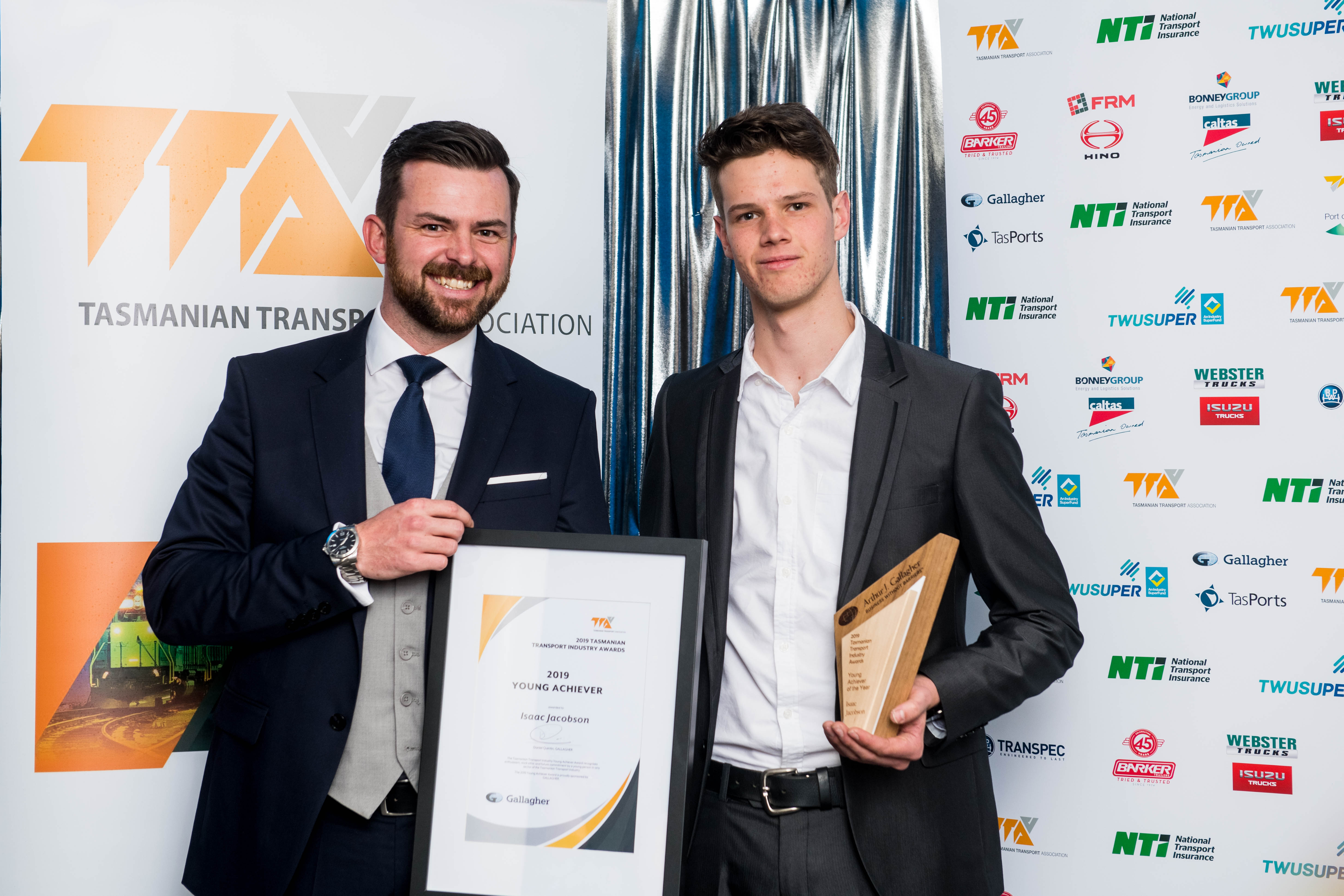 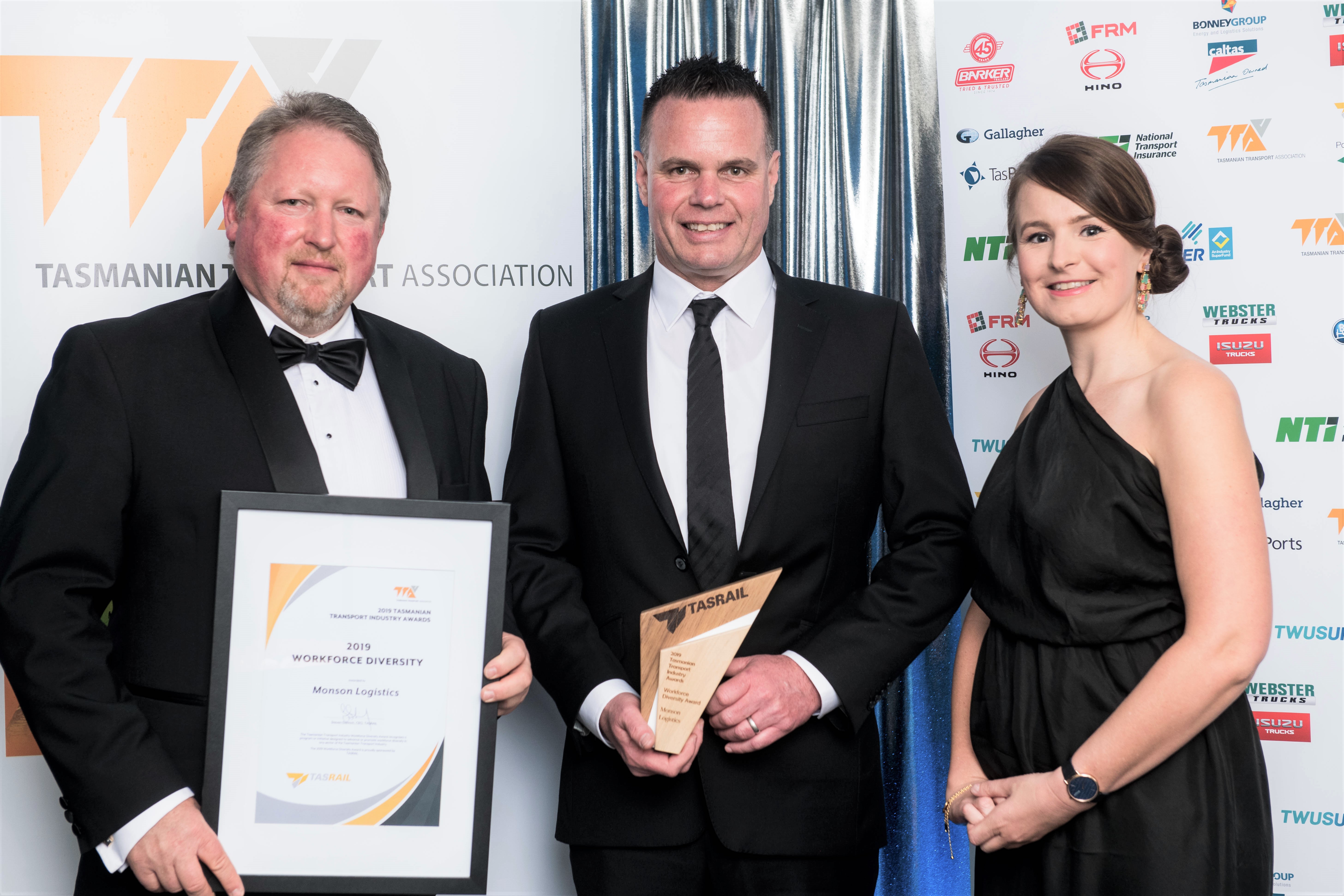 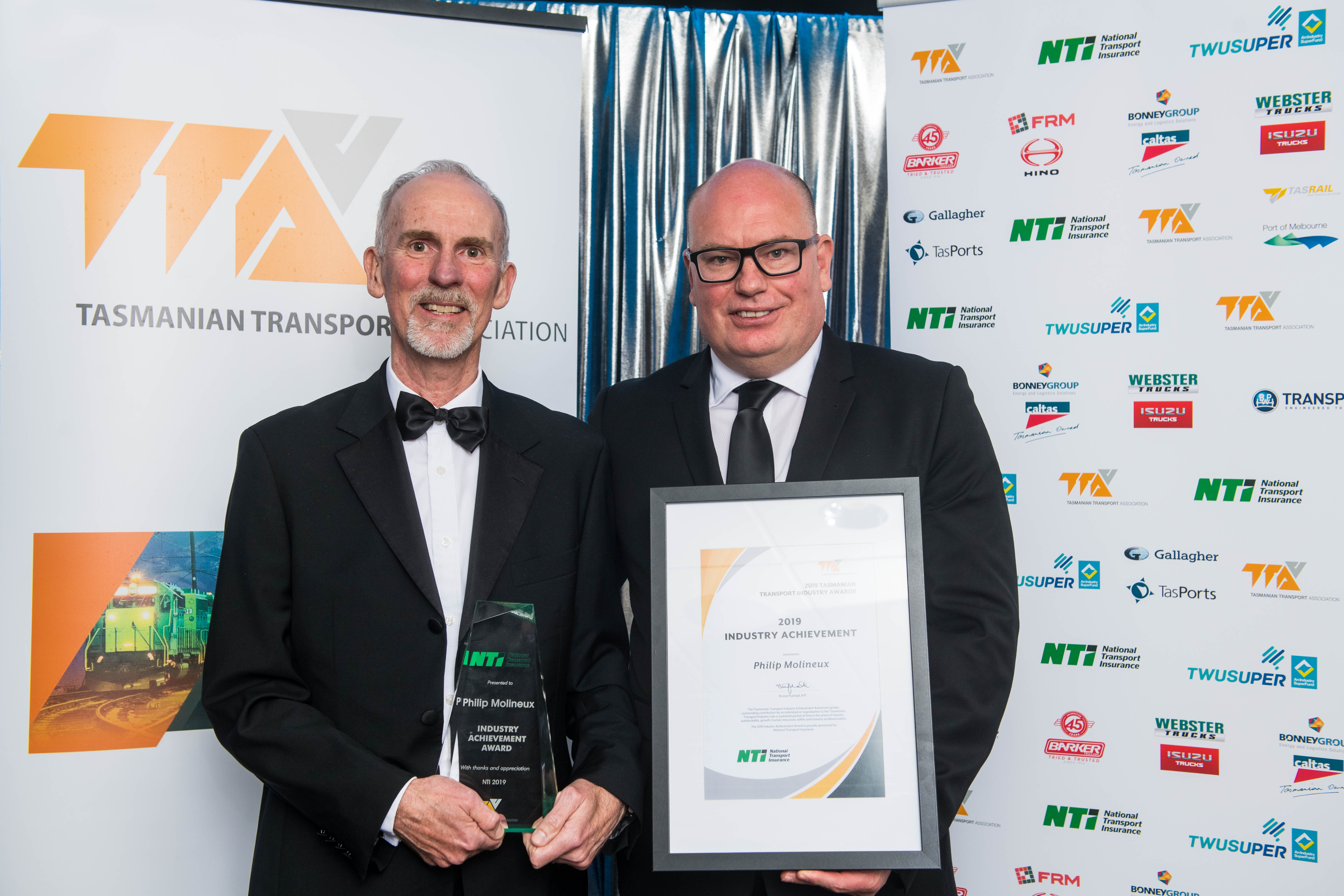 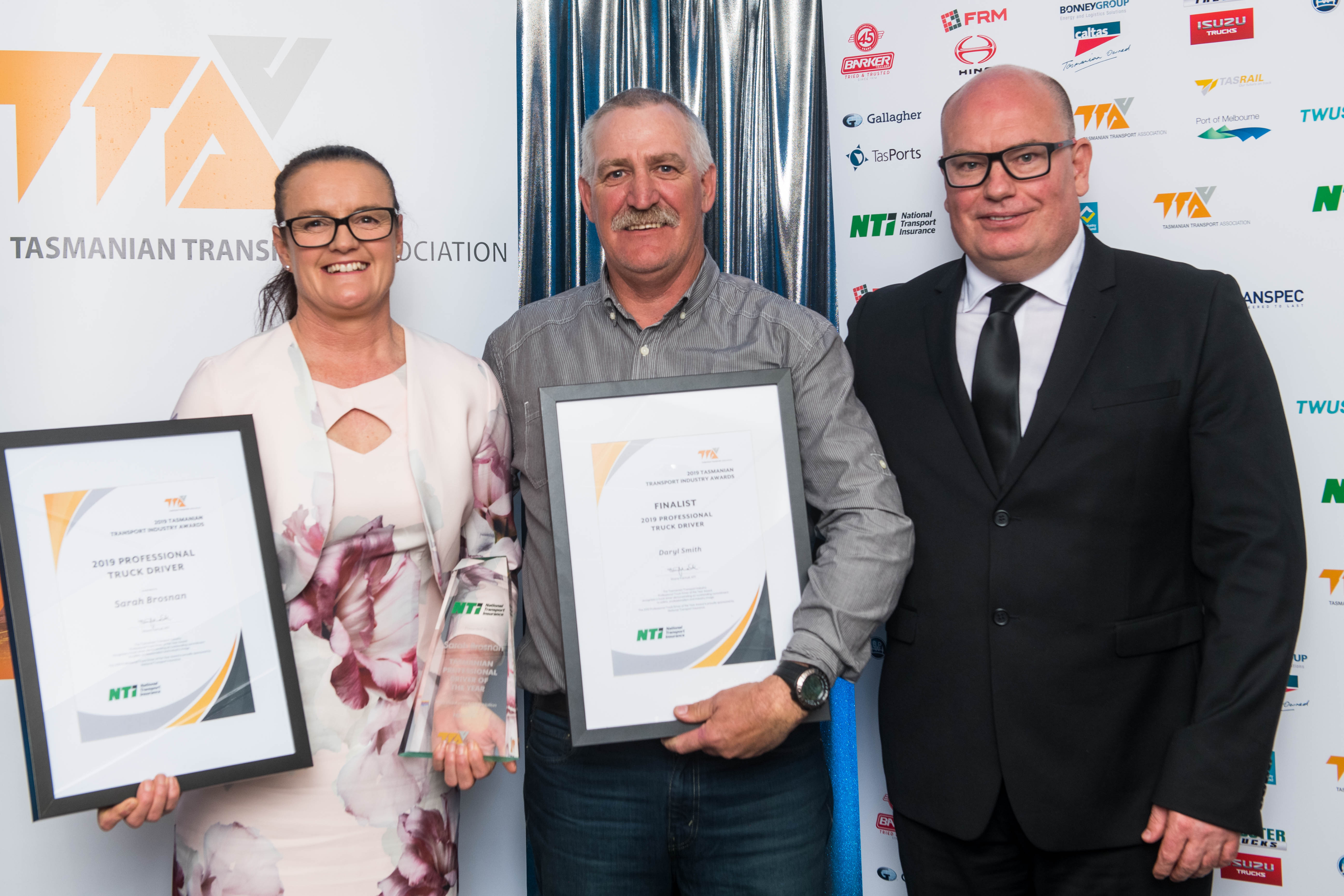 The TTA Gala Dinner & Awards Night is a night of celebration for the Tasmanian Transport Industry.  Awards are presented to recognise the achievements of both individuals and businesses in the Tasmanian industry.

Reserve your place at the Transport Industry's "night of nights" - to book contact the Tasmanian Transport Association on 0427 366 742, or ed@tta.org.au to book your tickets.

GET IN TOUCH WITH TTA